Getting Started with Reading Skills

Suffixes are word roots and parts that are put at the end of the word. They usually change the meaning of the word as well as the part of speech. Learning them can help you guess new vocabulary in addition to helping improve your word choice when writing.

It is great that we can usually predict the part of speech of a word using the suffix and sometimes guess the meaning. However, how does that help us improve our vocabulary in writing?

Unfortunately, you can’t just put together any noun and the suffix -al to make an adjective to fit in your sentence ( “tigeral” isn’t a word). Also, it doesn’t mean that all words that end in -al are adjectives (approval, for example).

So again, here is a chart with some general rules that you can use to build new words to use in writing, by adding more suffixes at the end. But be careful–sometimes it’s not possible to add or change the suffix. For example, I can’t put -al on “action” to make the adjective “actional”–it’s just not a word used in English. Please check a dictionary if you are unsure.

In the chart below, add or change the suffix to create a new word. 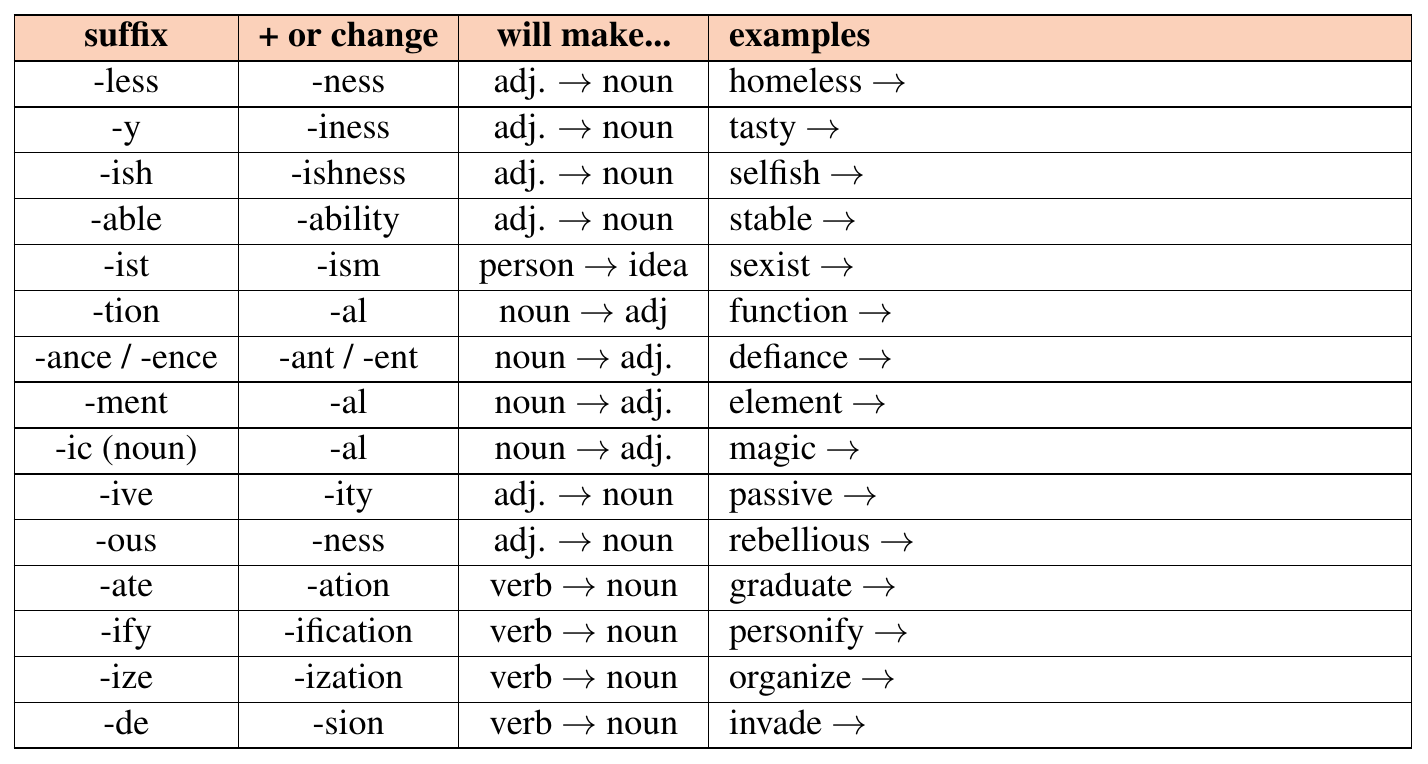 Using the previous charts, make a new form of the word.

It’s All Greek to Me! by Charity Davenport is licensed under a Creative Commons Attribution-NonCommercial-ShareAlike 4.0 International License, except where otherwise noted.